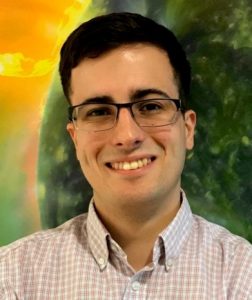 Originally from Miami, Alexius studied Political Science at Emory University, where he focused his honors thesis research on the relationship between gentrification and the incidence of guilty verdicts in felony jury trials. He also worked at Emory’s Center for Community Partnerships, where he helped conduct research on the effectiveness of the Atlanta Housing Authority’s allocation of housing choice vouchers and Move-to-Work federal grant money.

Alexius has served as a Congressional Intern for Florida Congressman, Joe Garcia, as well as in the transition team for Kim Ogg, Harris County’s District Attorney. He also volunteers with Texas Gun Sense, a nonprofit that aims to pass universal background checks and other commonsense gun safety legislation in the State of Texas.