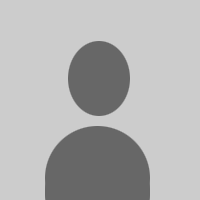 Brian Garcia’s heart for service began in elementary school, when he helped his father distribute food to the elderly for a local Meals on Wheels program in central Michigan. Later, as an undergraduate psychology major at the University of Michigan, Garcia became active with the Latino community and began to volunteer with a mentoring and tutoring program for at-risk Latino youth. During his freshman year, he traveled twice each week to Monroe, Michigan—a two-hour round-trip drive—to tutor young Latinos. In subsequent years, he tutored young people in Ann Arbor and Detroit, as well. As time and funding allowed, Garcia also helped to host Latino youth participating in educational programs at the University of Michigan. For some of these young people, this was the first time anyone in their families had ever visited a college, let alone considered studying at one.

From a family with a long and broad history of military service, Garcia joined the United States Army after graduation. Initially serving as a field artillery officer, he oversaw ballistic calculations for four canons and roughly four-dozen troops. Later, he trained and led 30 soldiers in a security force platoon, then was promoted to executive officer, the second in command, for a battery of 150 troops preparing to deploy to Afghanistan. In Kandahar, Afghanistan, Garcia was promoted again—this time to a special operations task force as a liaison officer between military units. During this time, he helped to ensure that the logistical, security, intelligence, and operational infrastructure was in place to transfer security responsibility from Special Forces units to conventional troops and local police in rural Afghanistan. In his next role as a community and economic development team leader, he helped organize community development projects to strengthen Kandahar City’s infrastructure—from fixing roofs, roads, and schools, to building new partnerships with the Afghan National Police. In his four years of service, Garcia earned the Overseas Service Ribbon, the Afghan Campaign Medal, two Army Achievement Medals, an Army Commendation Medal, and a Bronze Star. At the end of his service, Garcia was tapped to serve as a special projects officer, helping to prepare his 5000-person brigade for its next deployment.

On his return to Michigan, Garcia took a job as program coordinator for Racquet Up Detroit, an out-of-school youth development program that uses the sport of squash, in combination with fitness, academic tutoring, community service, college exposure, summer opportunities, and mentoring, to make a difference in the lives of Detroit youth. Garcia coached, tutored and mentored the students, implemented a team captain leadership program, and helped raise $10,000 for a new computer camp. Garcia is now pursuing a dual-master’s in public policy and business administration at the University of Michigan. This summer, he will complete a 12-week internship with Mayor Duggan’s office through the Bohnett Public Service Fellowship program—a fellowship that links outstanding public policy graduate students from the Gerald R. Ford School of Public Policy with public service needs in the City of Detroit Mayor’s Office. He has also been awarded a Consortium for Graduate Study in Management Fellowship with the Ross School of Business.