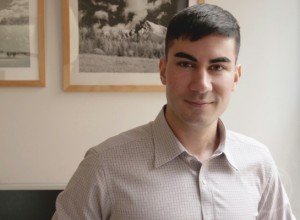 Chai Jindasurat is pursuing a Master’s in Public Administration with a concentration in Public Policy. He is interested in public policy solutions that address structural inequalities for marginalized communities. Chai comes to Wagner with community organizing and public advocacy experience in the lesbian, gay, bisexual, transgender, and queer (LGBTQ) movement and the anti-violence movement. Chai has held senior leadership positions at various nonprofits, including the New York City Anti-Violence Project in New York City (Co-Director of Community Organizing and Public Advocacy), and The Network/La Red in Boston, Massachusetts (Director of Organizing and Education). Chai coordinated the National Coalition of Anti-Violence Programs (NCAVP) for four years, a national coalition that works to prevent, respond to, and end all forms of violence against and within LGBTQ and HIV-affected communities through data analysis, policy advocacy, education, and technical assistance. In this role, Chai worked to publish national research on LGBTQ violence, and successfully advocated for the first LGBTQ nondiscrimination provisions in a federal law through the 2013 Reauthorization of the Violence Against Women Act. Chai worked with the Department of Justice on the implementation of the LGBTQ nondiscrimination provisions in VAWA 2013, assisting local communities across the country through training, technical assistance, and policy development. He is thrilled to pursue his graduate studies focusing on local policy issues in New York City, and has described his first year in graduate school as an incredible experience.

In the summer of 2016, Chai had the opportunity to complete an internship in the Mayor’s Office working with Mayor de Blasio’s Chief of Staff Team. Through the experiences he gained throughout the summer, he was able to get a sense of what each unit or office is in charge of, particular policy initiatives they are advancing, and how the different units and offices collaborate together to advance the Mayor’s agenda.