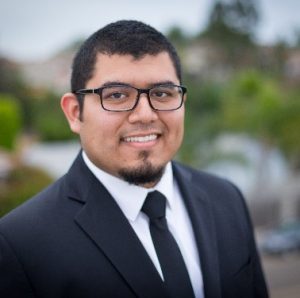 Julio Rivera serves as a Field Representative for California State Assemblywoman Lorena Gonzalez Fletcher. He is the Assemblywoman’s representative to the Mid-City and Southeastern neighborhoods of San Diego, as well as the City of Chula Vista. His responsibilities include assisting constituents with issues related to state agencies and garnering local support for the Assemblywoman’s legislative priorities.

In 2011, Julio interned with Feeding America San Diego where he focused on helping eligible individuals access Calfresh benefits. Later that year he was chosen for The Center on Policy Initiatives’ Students for Economic Justice program, gaining valuable experience in community organizing and politics. He later worked on campaigns for the San Diego and Imperial Counties Labor Council, the Alliance of Californians for Community Empowerment, and a California State Assembly race. Julio also spent a year as a policy fellow with the office of Councilmember David Alvarez where he worked on passage of the Property Value Protection Ordinance. In 2013, he was Council President Myrtle Cole’s Field Director on her initial City Council campaign. Immediately following the campaign, he joined the office of Councilmember Marti Emerald as a Council Representative until her retirement in 2016.

Julio currently sits on the San Diego County Democratic Party Central Committee, the governing body of the local Democratic Party. He formerly served as treasurer of the Chicano Democratic Association, an organization dedicated to increasing the political participation of Latinos.