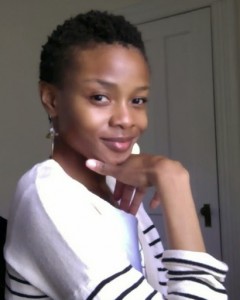 Lusungu Kayani-Stearns is a continuing second year David Bohnett Fellow at NYU Wagner, pursuing a Master’s Degree in Urban Planning. She is specializing in Environment, Infrastructure and Transportation and is interested in urban service delivery, integrated urban water management, green infrastructure and sustainable urban planning in rapidly growing cities. Lusungu has worked for UN-Habitat on the challenges of urban planning in the developing world. Based in Nairobi, she served as joint coordinator for UN-Habitat’s Regional State of Cities reports, with a focus on the State of African Cities Reports. During her time at UN-Habitat, she has also been responsible for monitoring urban growth trends in developing country cities and reporting on the effects of rapid urbanization to local, national and regional governments. In addition to this policy work, she has helped oversee UN-Habitat projects on slum upgrading and housing policy in Kenya and Tanzania. Prior to UN-Habitat, Lusungu has worked in the United States and in Africa on issues pertaining to governance and food security for the private and public sectors. Lusungu is currently coordinating a global road safety program for an international public health organization. Amongst others, she has published several articles and working papers for the United Nations and for the U.S. Government. Originally from Dar es Salaam, Tanzania, she grew up in Maryland and received her B.A. from the University of Maryland, College Park. She holds a M.A. from the School of International and Public Affairs at Columbia University, with a concentration in Economic and Political Development.

Over the summer of 2016, Lusungu held a two-month long fellowship at the New York City Mayor’s Office for Sustainability (MOS). Lusungu’s summer fellowship was highly rewarding and enriching, reminding her how waste and sanitation were the main drivers influencing her choice to study urban planning. The summer experience shed light on recycling and reuse, but also the power of information and education in impacting behavioral change. After NYU Wagner, Lusungu would like to continue educating communities about waste and the importance of reuse and recycling.