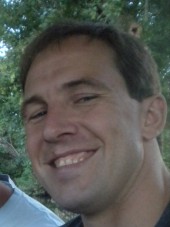 Matt Quinn received his MPA with a concentration in management. Matt has been a member of the Fire Department of New York (FDNY) since 2004, serving his first eight years as a firefighter in Brooklyn before being promoted to the rank of lieutenant in 2013.

As a Bohnett Fellow, Matt worked in the NYC Mayor’s Office of Operations, under both Deputy Mayor Steve Goldsmith and Deputy Mayor Cas Halloway. His work largely focused on the development and implementation of an electronic building inspection system for the FDNY, which involved coordinating data from several other NYC agencies to facilitate risk-based inspection scheduling and record keeping.

Following this experience, Matt was asked to continue his work as part of a special project team with the FDNY, in addition to his regular duties as a fire officer. Since graduation, Matt also founded the Bravest Athletic Leadership Association (BALA), a non-profit start up focused on encouraging student-athletes in NYC public high schools for whom athletics may be the best chance at a college education. He encourages young student-athletes to continue their athletic careers at the collegiate level.