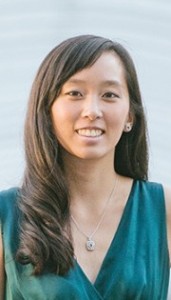 Stephanie Chang is currently a social work/community outreach intern with the Boggs Educational Center in Detroit and a research assistant for the University of Michigan’s Program on Intergroup Relations.

She previously served as the deputy director for the Campaign for Justice, which heads a broad-based coalition of organizations and individuals from across the political spectrum fighting for a fair and effective public defense system in Michigan.

She served as an organizer for Michigan United/One United Michigan, building local volunteer-led coalitions to educate the public about affirmative action and mobilize voter opposition against Proposal 2 in 2006. She is the immediate past president of APIAVote-Michigan, which serves the Asian & Pacific Islander American community through civic participation, advocacy and education.

Stephanie is a University of Michigan 2005 graduate, with a degree in Psychology and a minor in APIA Studies. In February 2013, she launched a socially conscious Detroit wedding blog, www.loveintheD.com.