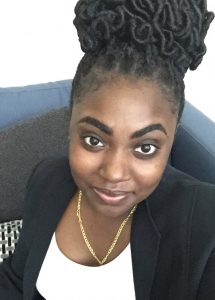 Thanisha Pariage is currently a Staff Attorney in the Criminal Defense Practice at Bronx Defenders, where she serves as a public defender advocating on behalf of marginalized people in the Bronx community through holistic advocacy. She also volunteers through Bronx Defenders on several campaigns including, but not limited to, the Know Your Rights Campaign.

Thanisha received her J.D. from UConn Law in 2016, where she was a Certified Legal Intern with the Criminal Defense Law Clinic, Research Assistant to the Professor of Criminal Law, Vice President of the Iraqi Refugee Assistant Project, President of the Black Law Student Association, and a member of UConn’s Moot Court Board, Mock Trial Society, and National Lawyer’s Guild. Upon graduation, she was awarded the Outstanding Academic Achievement Award by the Connecticut Women’s Center, presented each year to a female graduating student who excelled academically and demonstrated high achievement in research and service.

Thanisha was also the 2014 Diversity Scholar through the Lawyers Collaborative for Diversity and the 2015 Priscilla Green Scholar through Crawford Black Bar Association. In addition, she was the 2015 Thomas Meskill Fellow, a fellowship awarded to a student who demonstrates exceptional dedication to public service. During law school, Thanisha interned with the Public Defender Service for the District of Columbia and the Bronx Defenders. She also served as the Equal Justice Works 2015 Ambassador. Thanisha received her B.A. in Public Relations with a minor in Music from Hofstra University in 2011. There she played clarinet in Symphonic Band and Wind Ensemble.