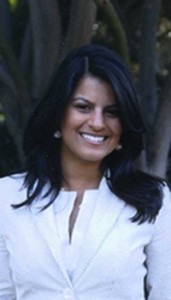 Zainab Ali earned her MPA with a specialization in management from NYU Wagner. Zainab served as a fellow in the New York City Department of Education (DOE) the summer of 2012 prior to being hired full-time as special assistant to Chancellor Dennis M. Walcott. During her tenure at the DOE, she was responsible for the communication, strategy, and management of key initiatives and worked on department-wide priorities including the transition to the Common Core Standards, the busing strike, and coordination and preparedness during and post Hurricane Sandy.

She also served as the liaison to the Chancellor’s Cabinet. Zainab now serves as the Chief of Staff to Superintendent Paymon Rouhanifard at the Camden City School District in Southern New Jersey. In this role Zainab is responsible for the day-to-day operations, management, and strategic direction of the school district, oversight of the senior leadership team, and the execution of the highest priority initiatives. In addition to day-to-day management and strategy, since January 2014, Zainab has managed the transformation of the organizational structure of the District, oversaw the right-sizing of staff to address a $23 million revenue shortfall, and has launched negotiations with five labor units to settle expired contracts.